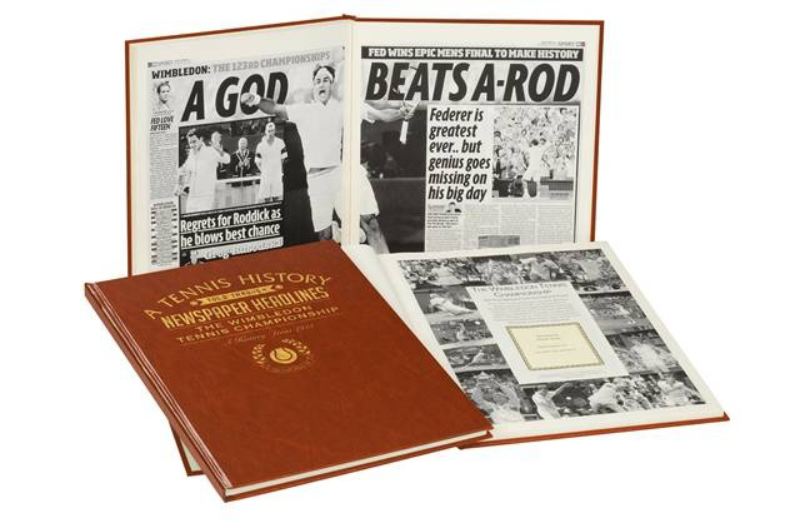 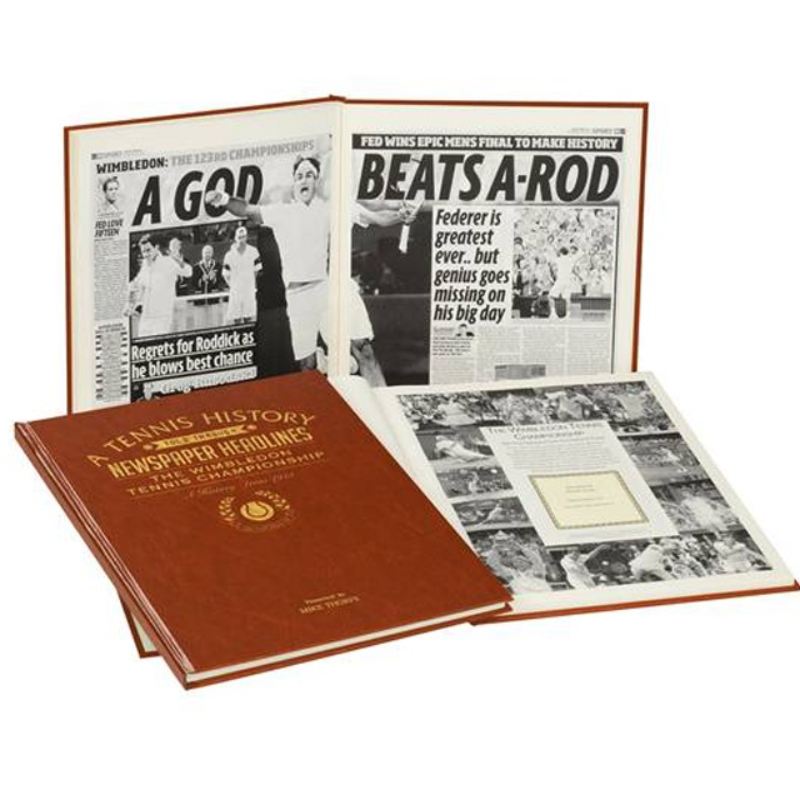 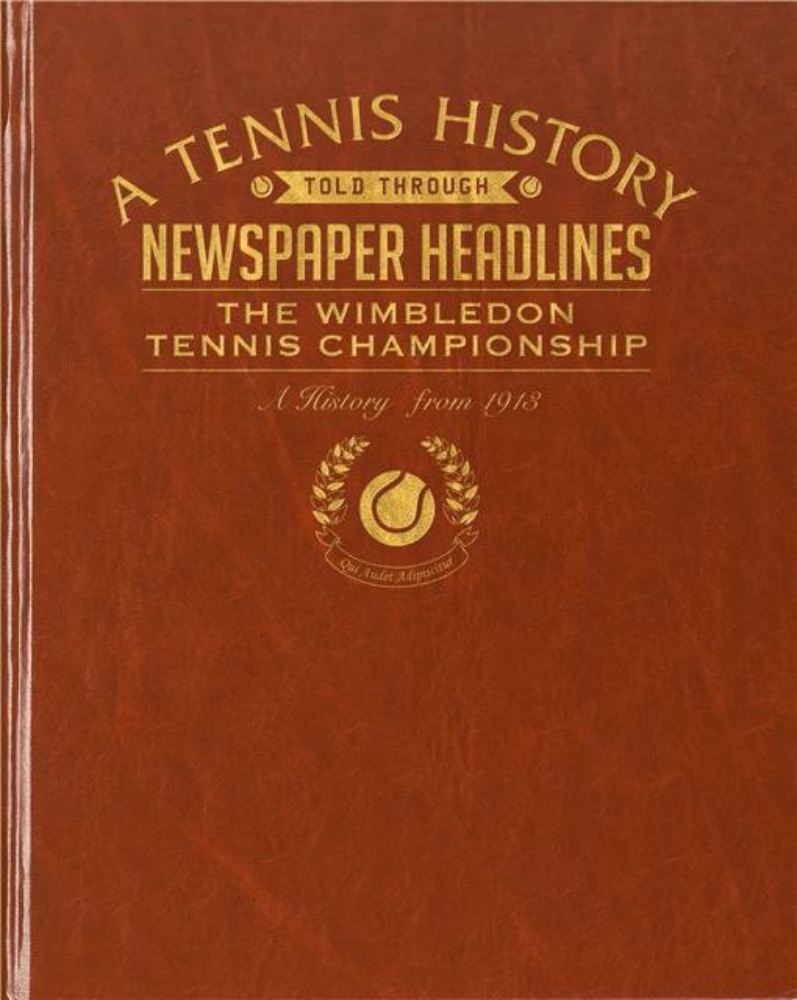 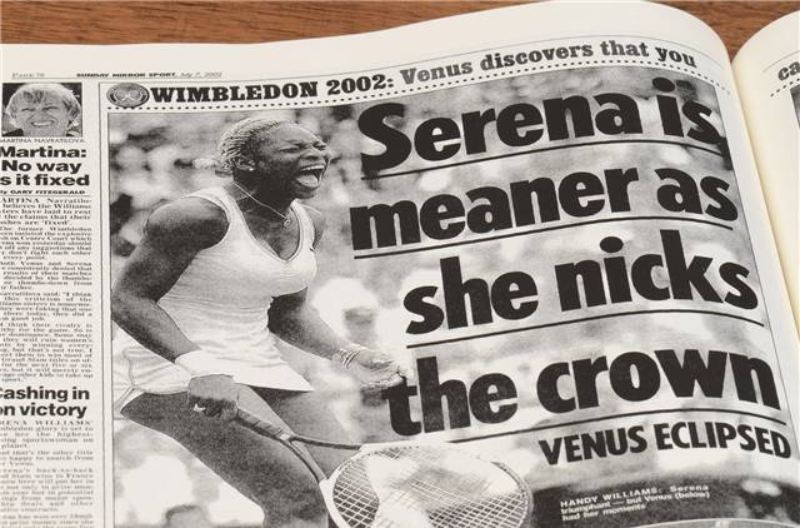 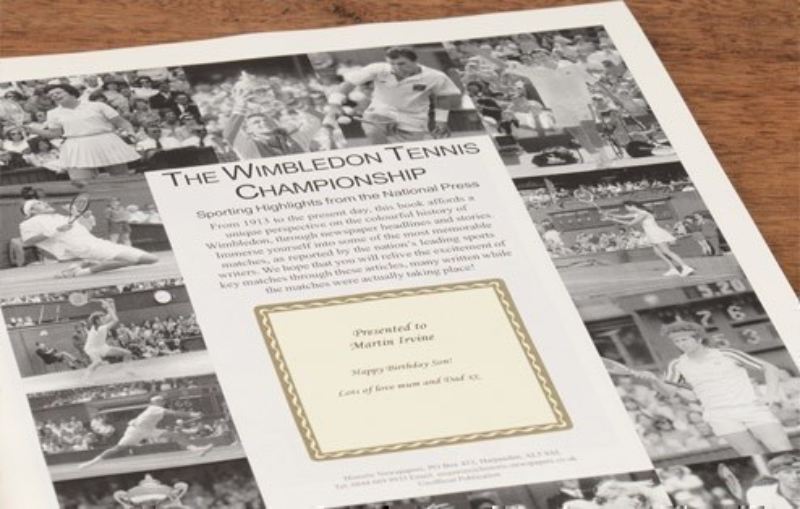 Memorable British wins by Fred Perry, Ann Jones, Virginia Wade and Andy Murray are part of the history of the greatest tennis tournament in the world. It's the one every player wants to win and in this book some very famous names are featured in reports and pictures taken at the time.

Reproduced from original newspapers, starting way back in 1913, epic battles including the Australians in the '60s. Borg, Connors and Enroe in the 80s and Nadal, Federer and Murray in the 2000s, are documented.

The battling Williams sisters, the glamorous Marina Bueno and multi-winner Billie Jean King are just some of the book's notable women.

This iconic history of Wimbledon is bound in a premium leatherette hardback cover with a gold embossed title.

The book's introduction page is personalised with a name and a message.