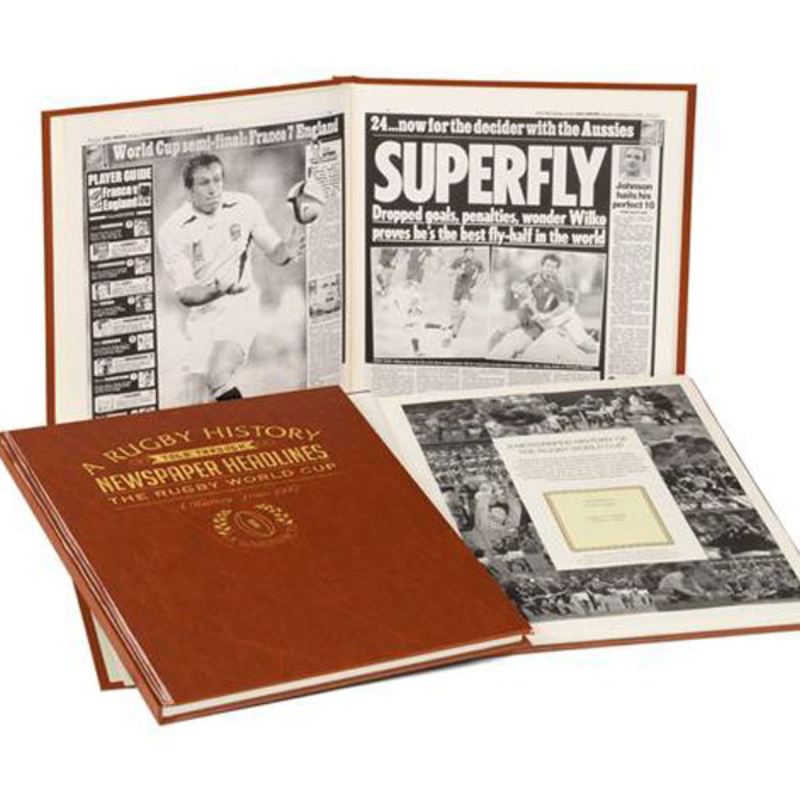 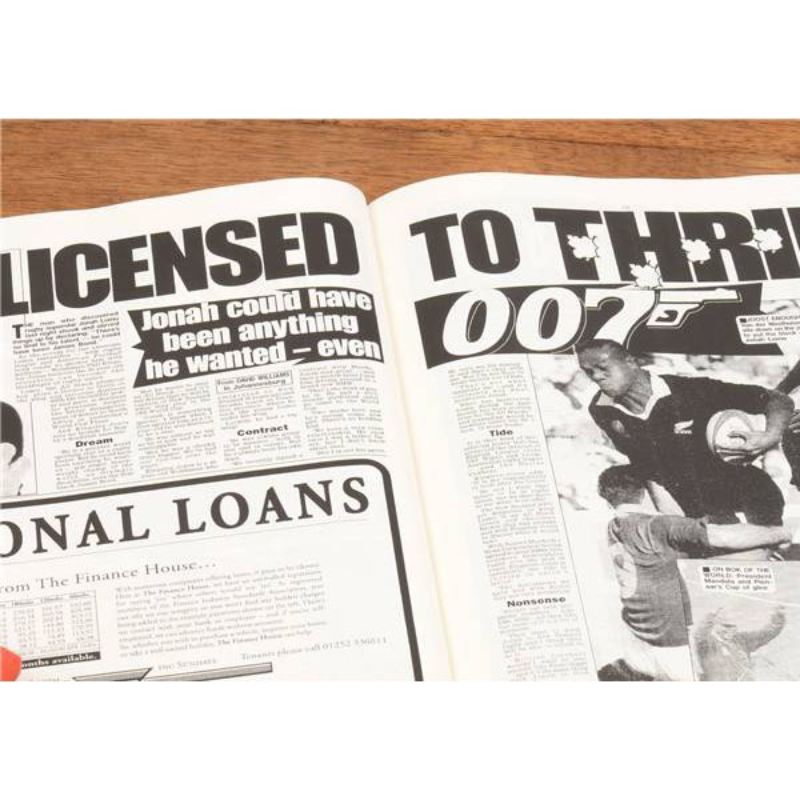 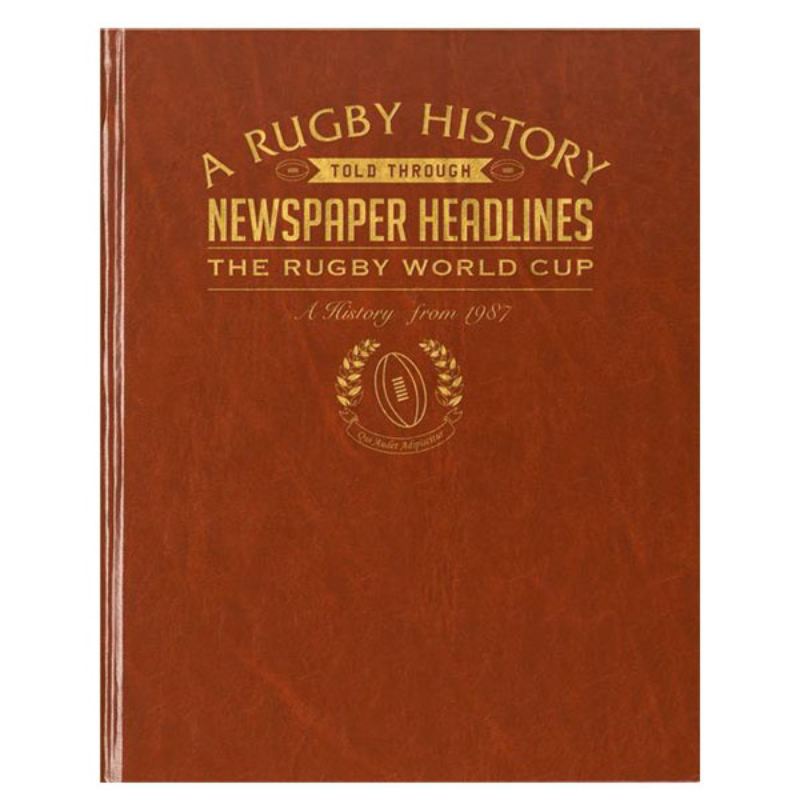 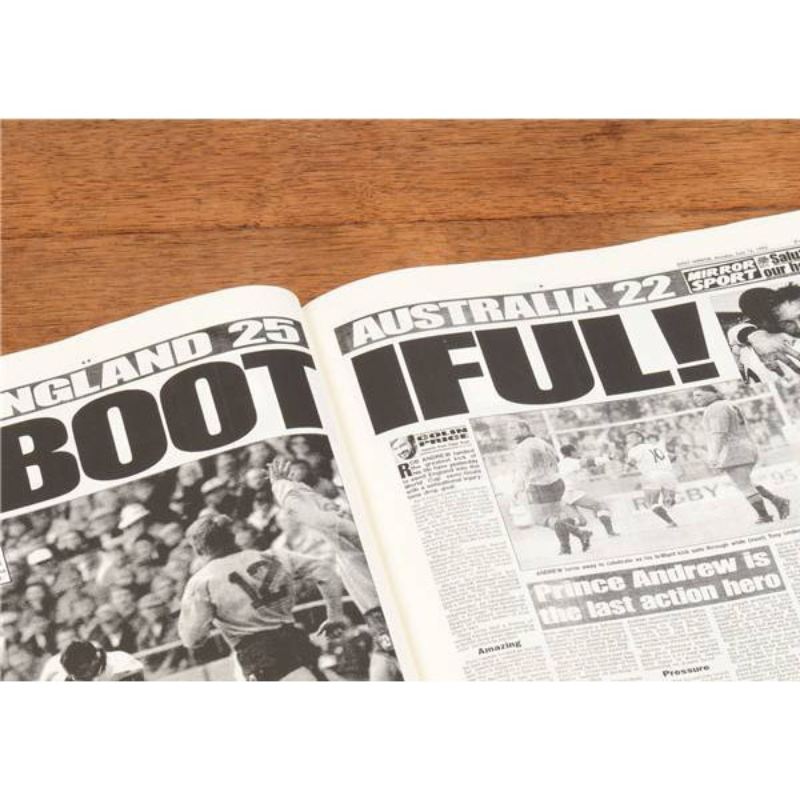 The first Rugby World Cup was held in 1987 and won by hosts New Zealand. The southern hemisphere then continued to dominate the tournament until 2003 when England beat Australia in their own back yard.

It was a momentous win and the action highlights are featured in this account of all Rugby World Cups up to 2011 when the All Blacks won for the second time. Reproduced from original national newspapers of the time this record is a must for any Rugby Union fan.

Over 170 pages are bound in a premium, gold embossed, leatherette hardback cover.

The title page of the book is personalised with a name and a message.