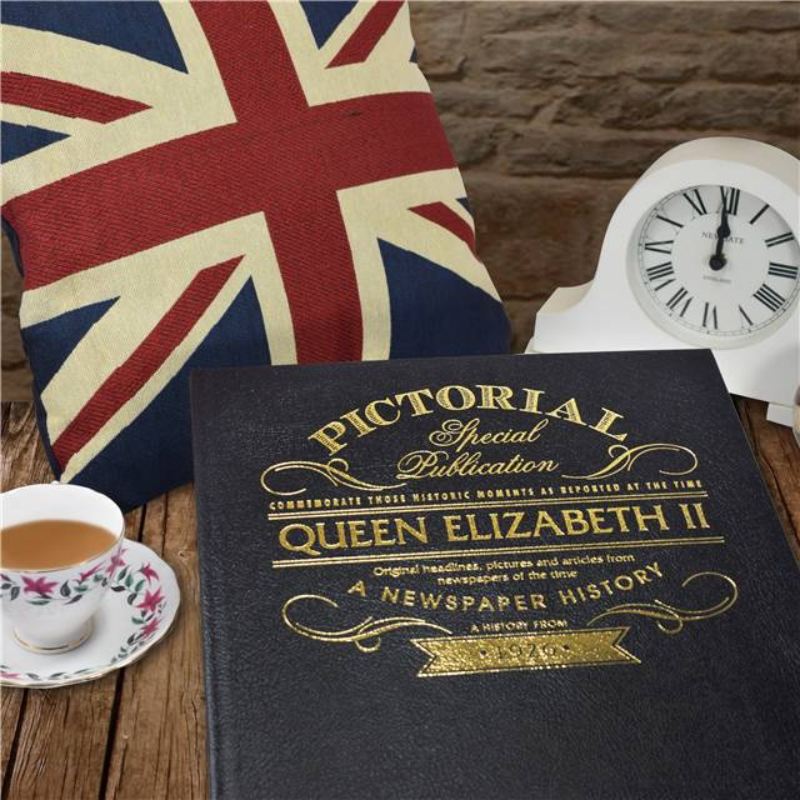 This quintessentially British, personalised book celebrates the life of her Majesty Queen Elizabeth II and makes a wonderful gift for anyone who is an enthusiastic follower of the royal family.

In the book there are pictures and clippings from newspapers from the 6th February 1952, when she became Queen, right through to her 90th Birthday celebrations on 21st April 2016.

A fascinating newspaper chronicle of the Queen’s life, this book will take you through key moments that have defined her time as monarch including the Coronation itself on June 2nd 1953 and many official tours throughout the Commonwealth.

Also featured is news coverage of the births, marriages and deaths of members of the Royal Family that have reminded the public of the Queen’s humility in family situations.

These newspaper reports and pictorial sections will give you a unique perspective on Queen Elizabeth II’s reign through the eyes of newspaper reporters, making it the perfect souvenir of our longest reigning monarch.