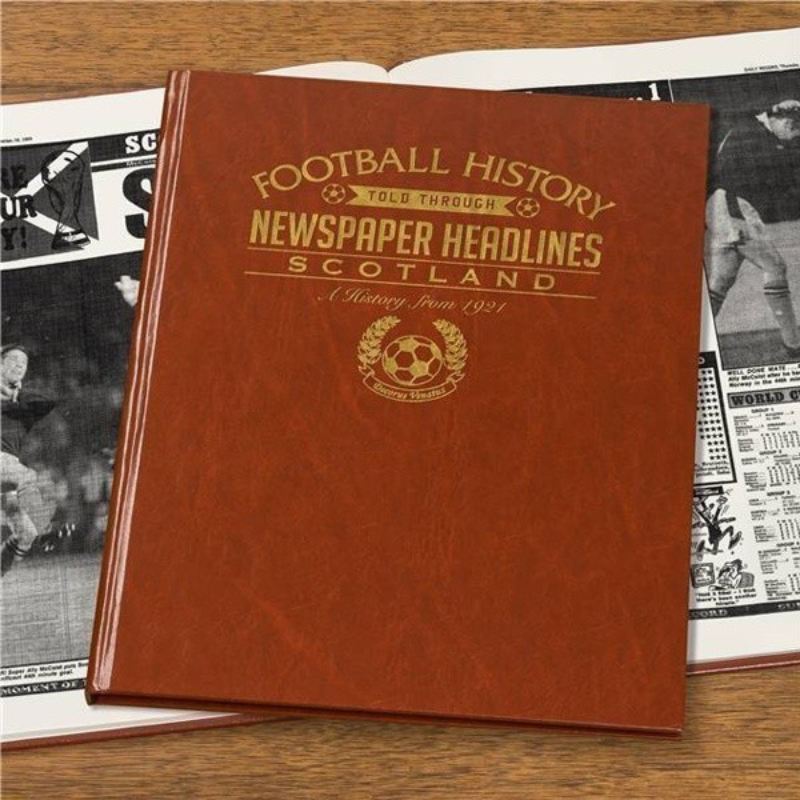 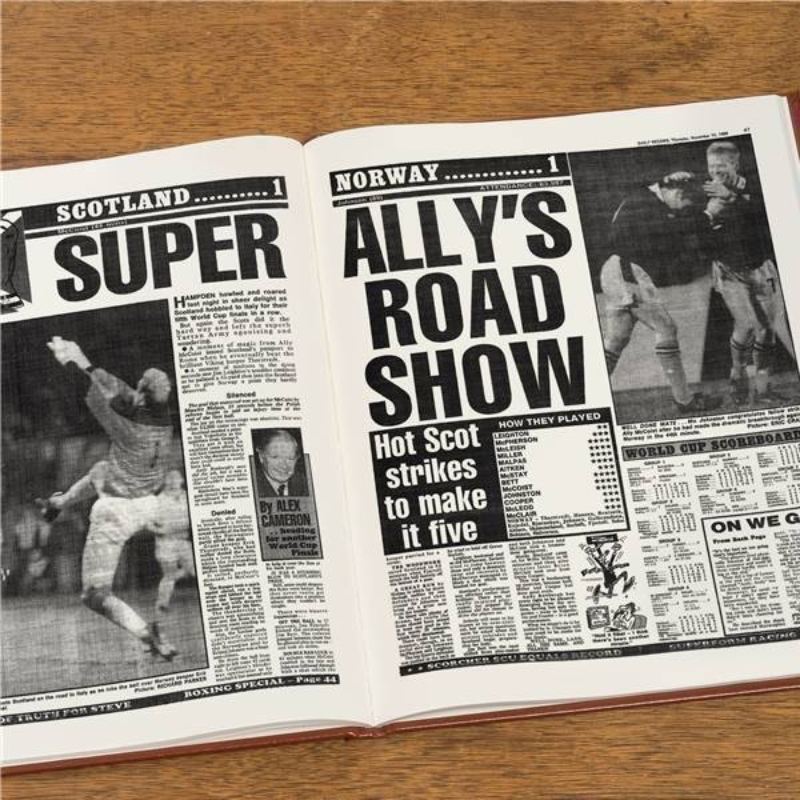 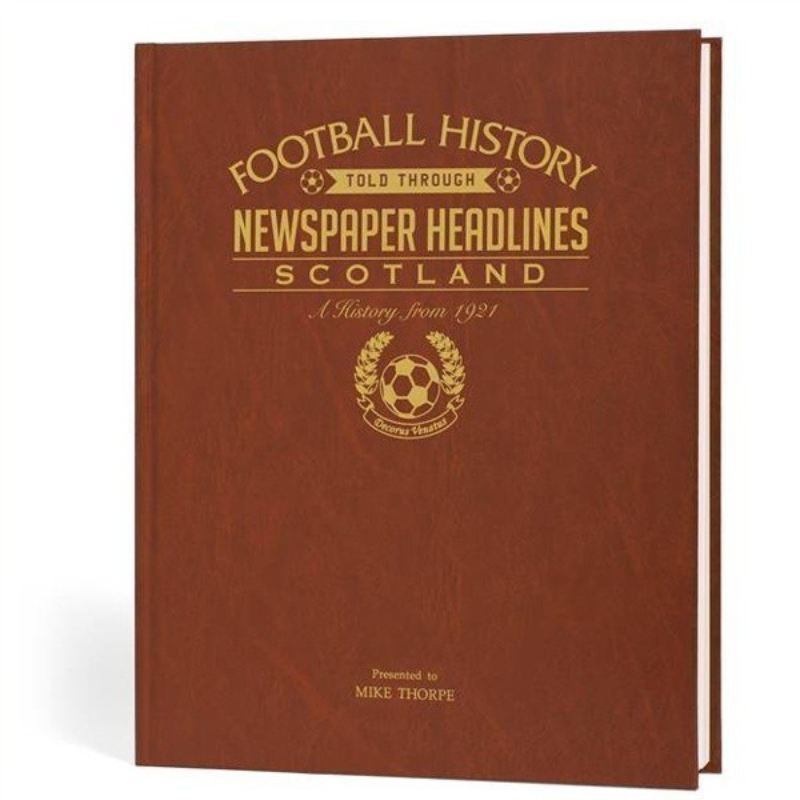 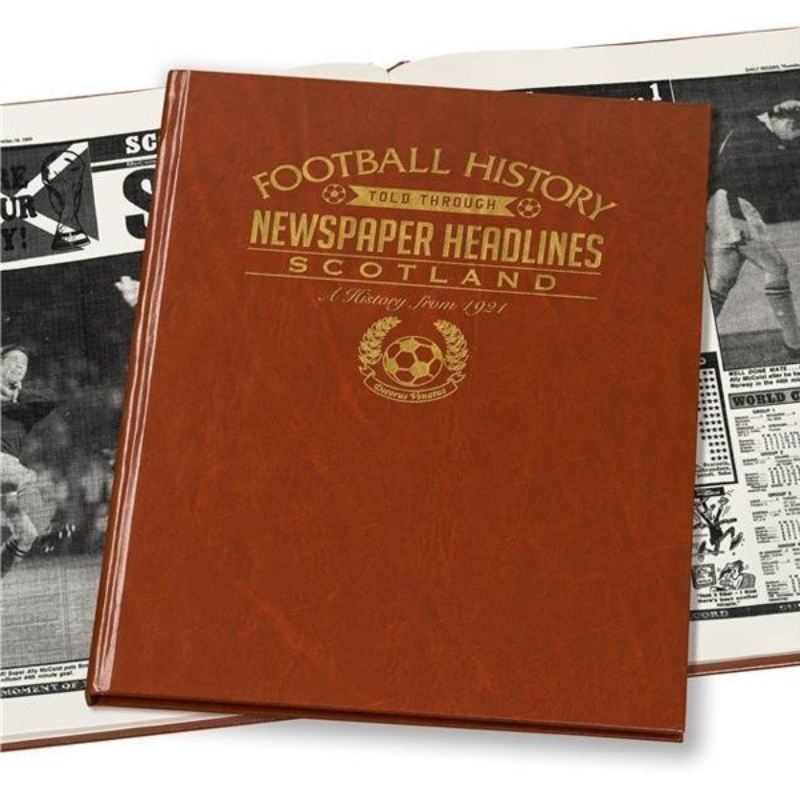 This book wonderfully captures the greatest moments in Scotland’s international football history through the newspaper stories of the time. Each page shows a newspaper extract telling a story of Scotland’s past football triumphs and their greatest team performances.

The book feature legendary wins over England including the 1921 hammering and being the first team to beat them after England won the World Cup in 1966. The book features many fantastic games and performances by the Scottish international side from the 20’s all the way through to the win over France in 2007.

The book is bound in a charcoal coloured leather effect material which is embossed on the front with the book’s title. The front of the book can also be embossed with your recipient’s name for an additional £5.

The book opens up to a photo montage of some of the biggest names in Scottish Footballing history which surrounds your recipient’s name and your personal message in the centre of the page.

Personalised Football Book - For Your Team