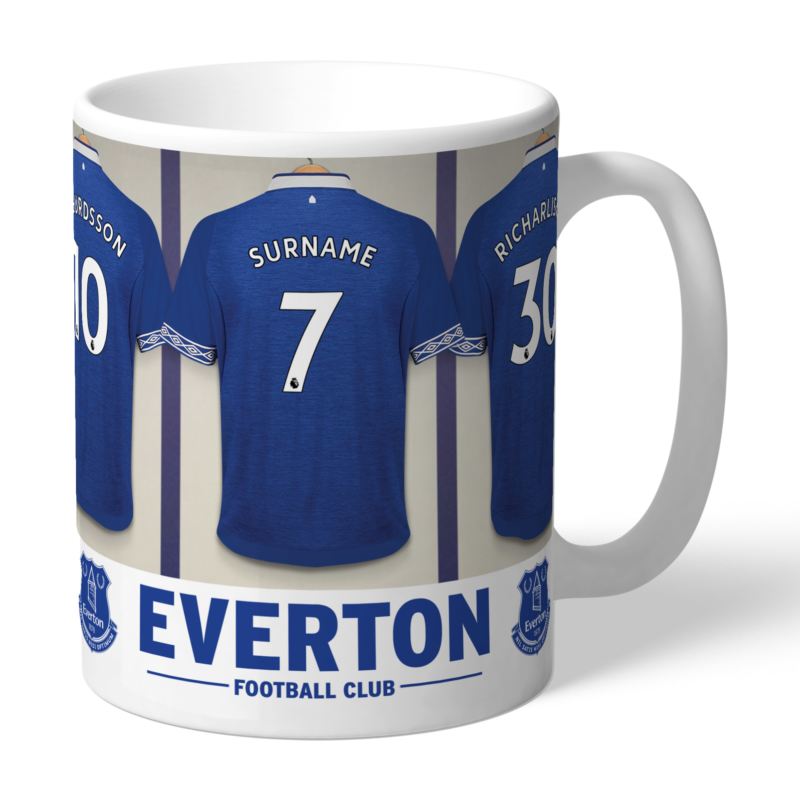 Personalise this mug with your recipient’s name and a shirt number to create a gift that any Everton fan is sure to love.

A fantastic gift idea for a birthday, anniversary or a Christmas present.

Their football shirt can be seen hanging in the first team dressing room alongside four of the players.

Players and managers names and numbers will be edited and changed to reflect team and squad changes throughout the season.

Dishwasher safe and officially licensed by the English FA.