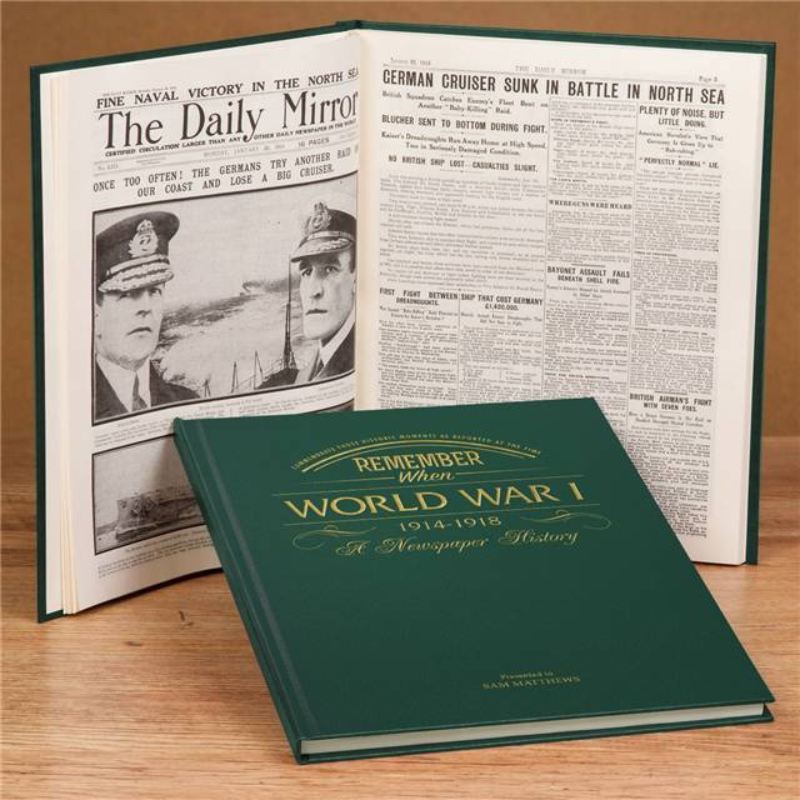 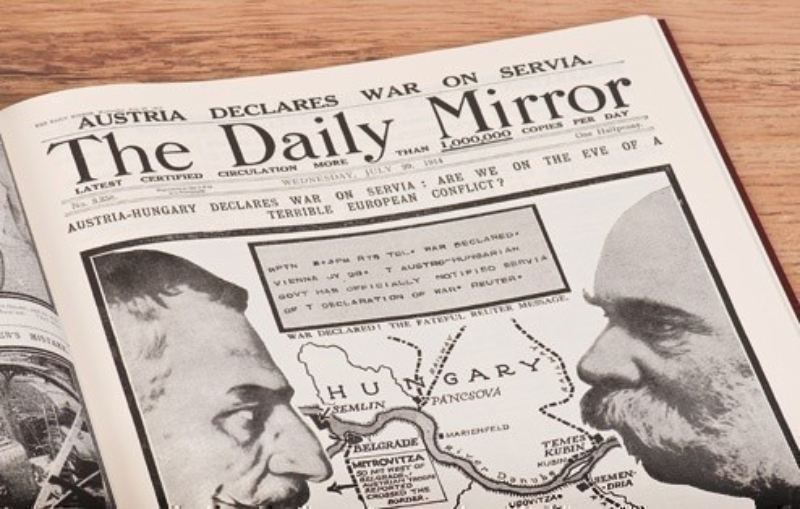 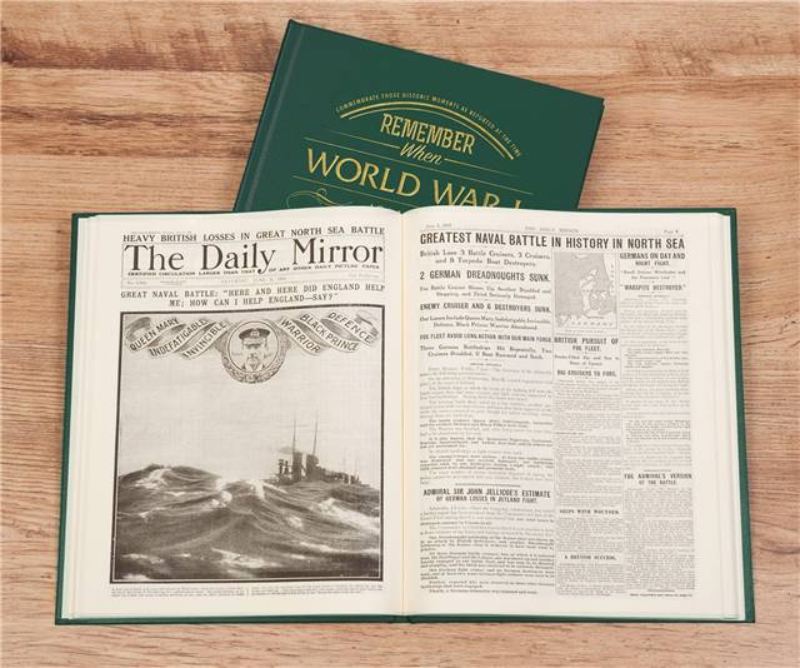 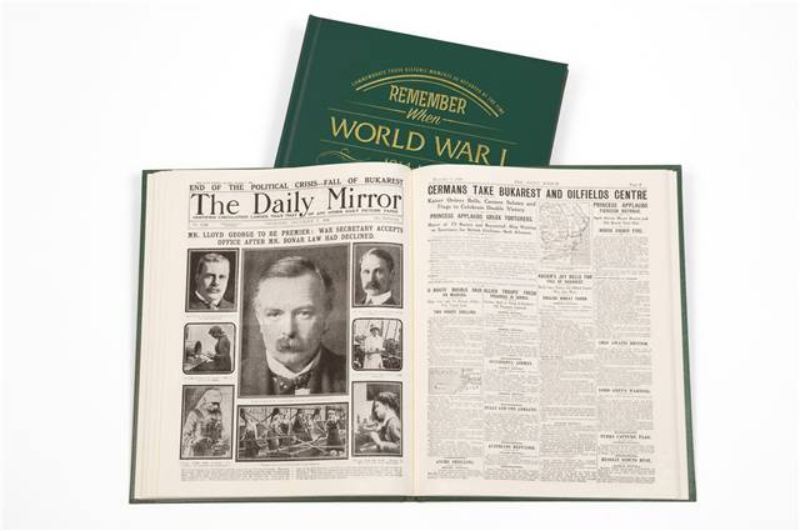 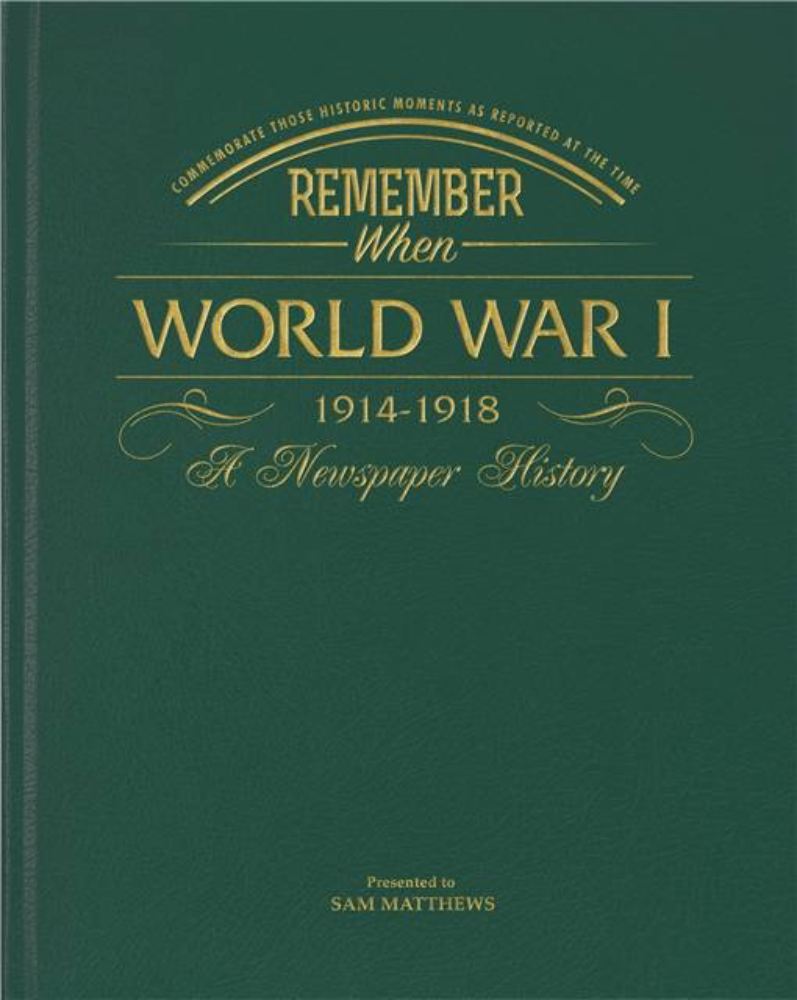 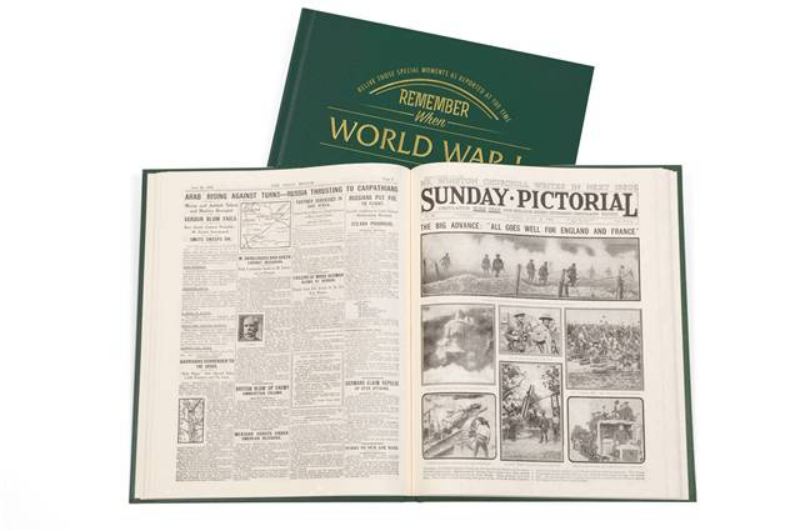 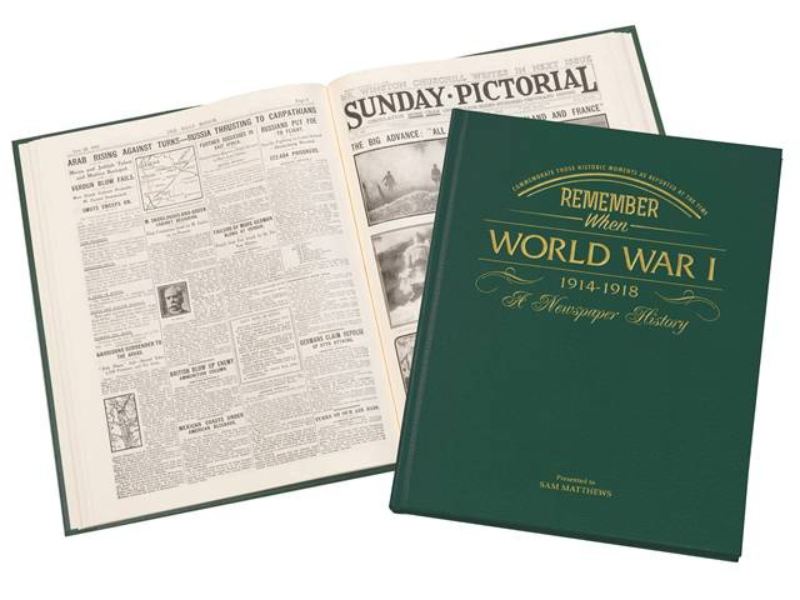 An amazing insight into the horrors of The Great War in words and pictures, recorded at the time they happened. A no-holds barred account from the start in 1914 to the finish in 1918.

The book includes dramatic reports from the fronts in Europe and beyond, and from the oceans, where tons after tons of war ships and merchant ships were sunk with huge losses. The giant Cunard liner, the Lusitania, is probably the best known of them. Follow the infamous battles and the efforts from politicians as the world gets drawn into conflict.

This account of World war 1 will be of interest not only to historians, but also to the many whose ancestors were part of it. The scans from original newspapers are bound in a premium, leatherette, hard back, gold embossed cover.

The introduction page can be personalised with the recipient's name and a message.