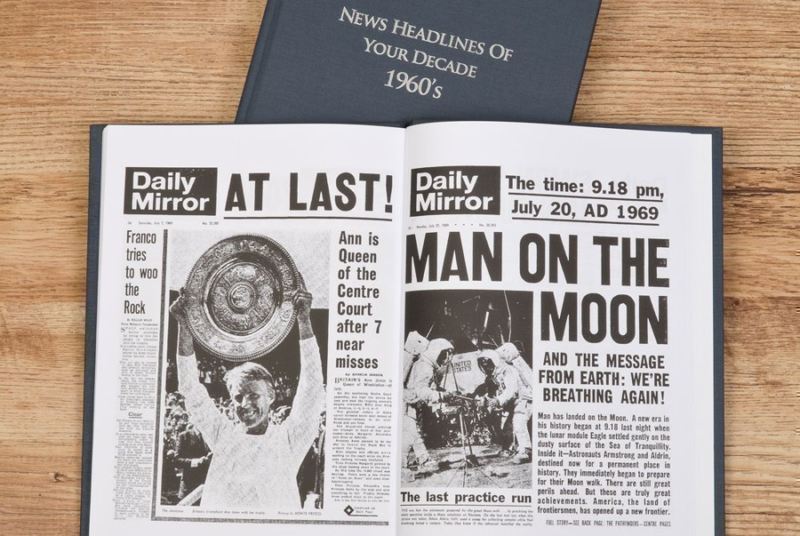 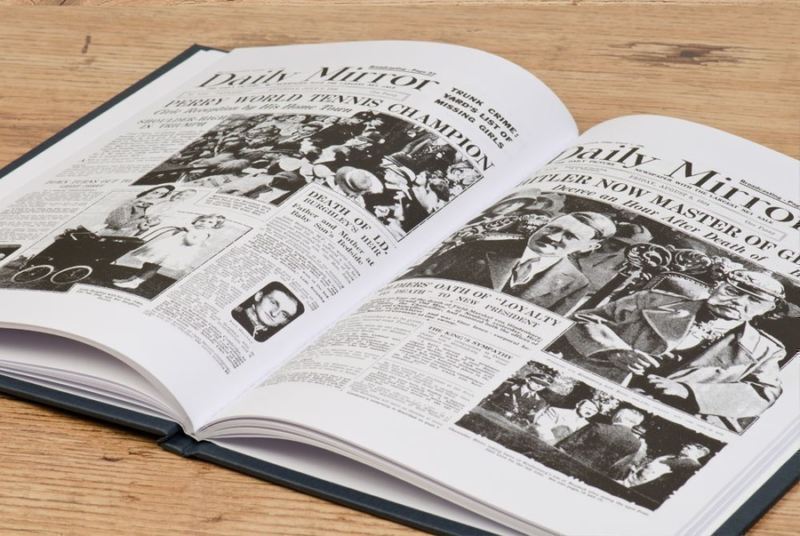 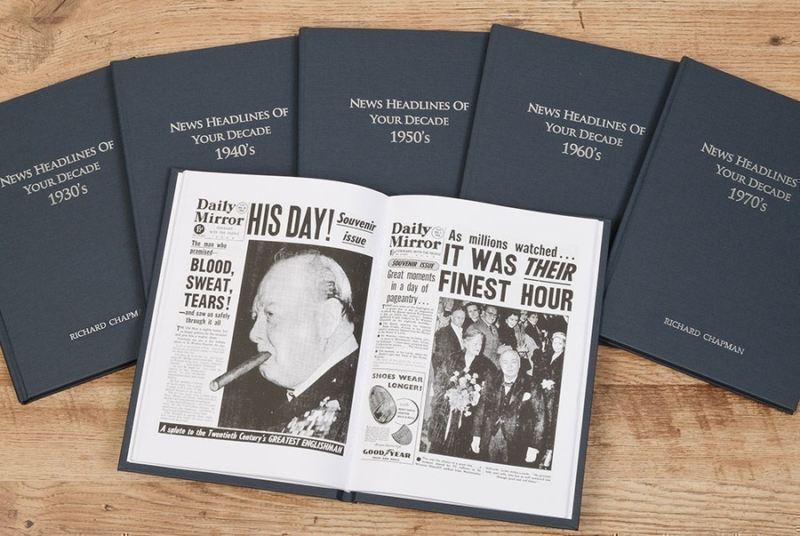 It saw dramatic advances in technology, a music revolution and the deaths of Winston Churchill, John F Kennedy and Martin Luther King. There were disasters at two Welsh mining towns and at sea when the Torrey Canyon ran aground. The whole of England celebrated the football world cup win and man set foot on the moon.

These historic events and more are recorded here in reports, compiled as they happened, and scanned from original newspapers.

Bound in a hardback A4 cover this is a terrific reminder of a golden age.

The front cover can be personalised with an embossed name.