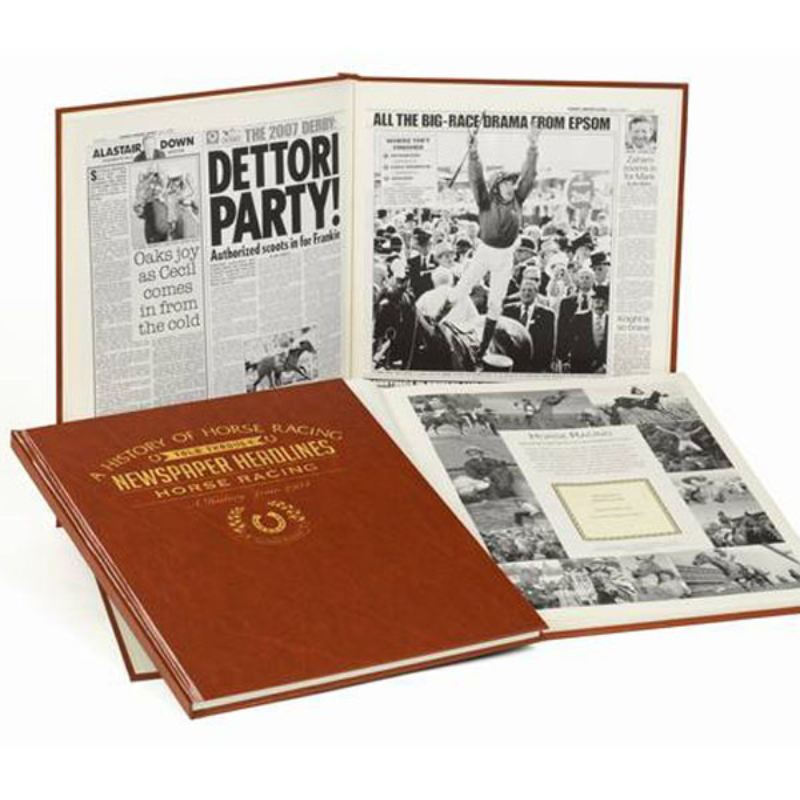 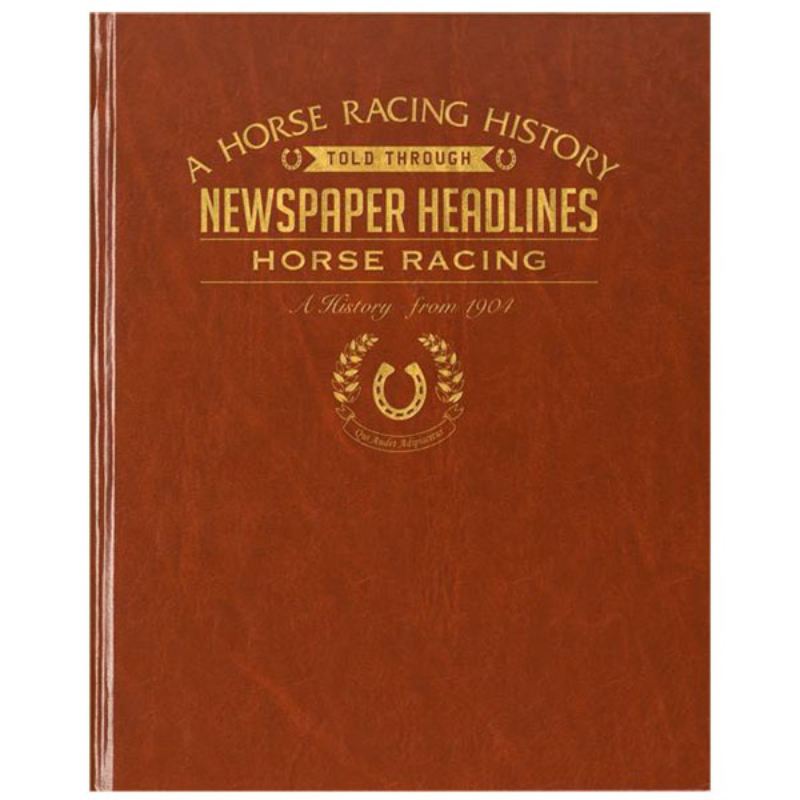 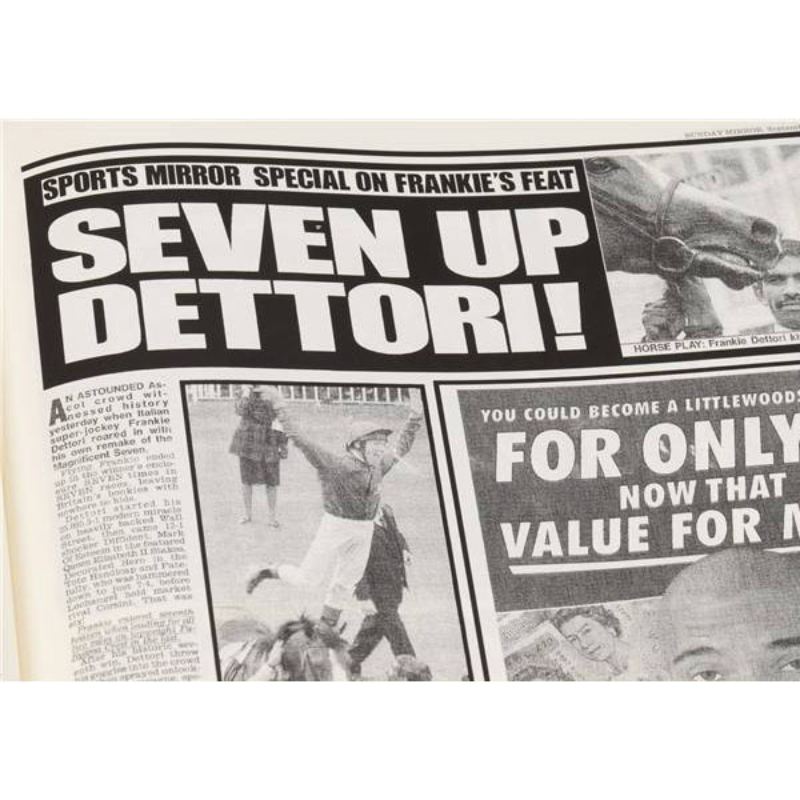 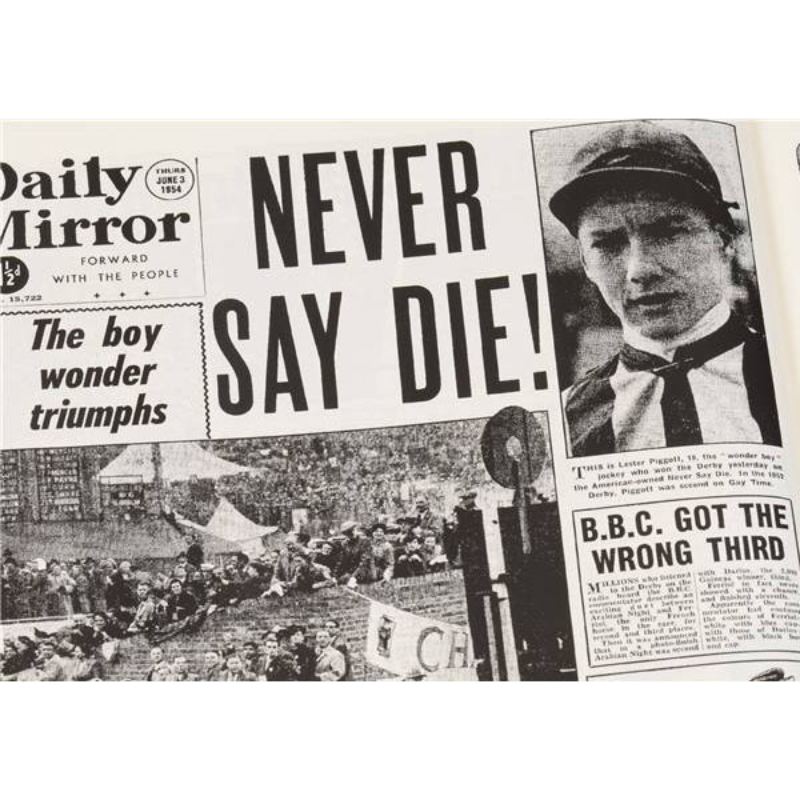 Relive some of the greatest moments from 'The Sport of Kings' as reported at the time in national newspapers. The tapes go up on this book with a Triple Crown win by Pretty Polly in 1904.

It features wonder horses such as Golden Miller, Arkle, Red Rum, Sherga and Kauto Star. Alongside the winning horses are leading jockeys like Sir Gordon Richards, Lester Piggott, Willie Carson and Bob Champion. Dramatic events that saw a suffragette throw herself in front of the king's horse during the Derby of 1913, and when seven horses crashed out in the same classic flat race in 1962 are also documented.

140 pages of racing thrills and spills are bound in a premium gold embossed leatherette hardback cover.

The title page of the book is personalised with a name and a message.