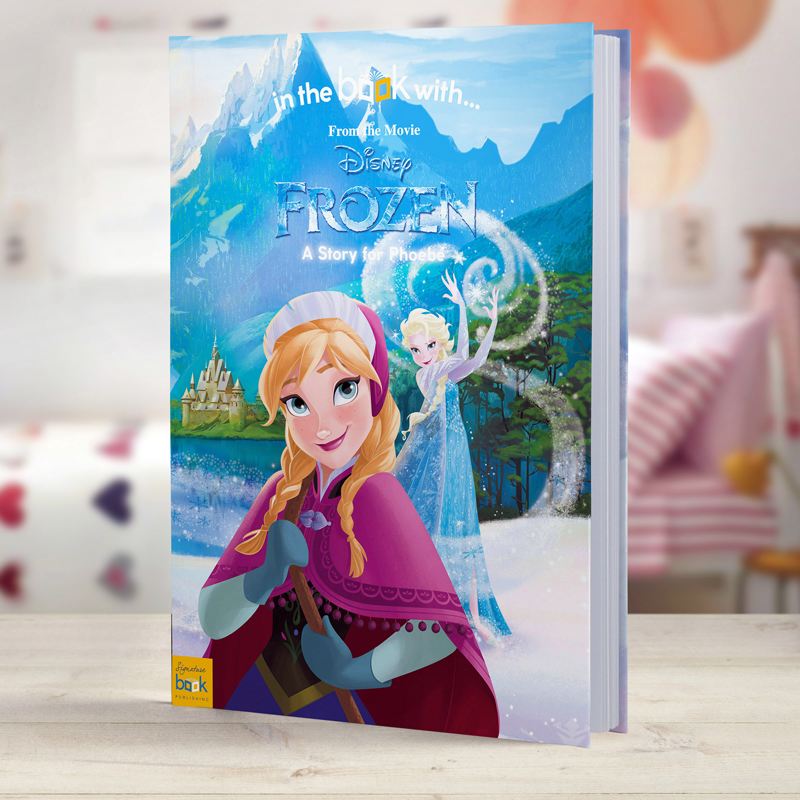 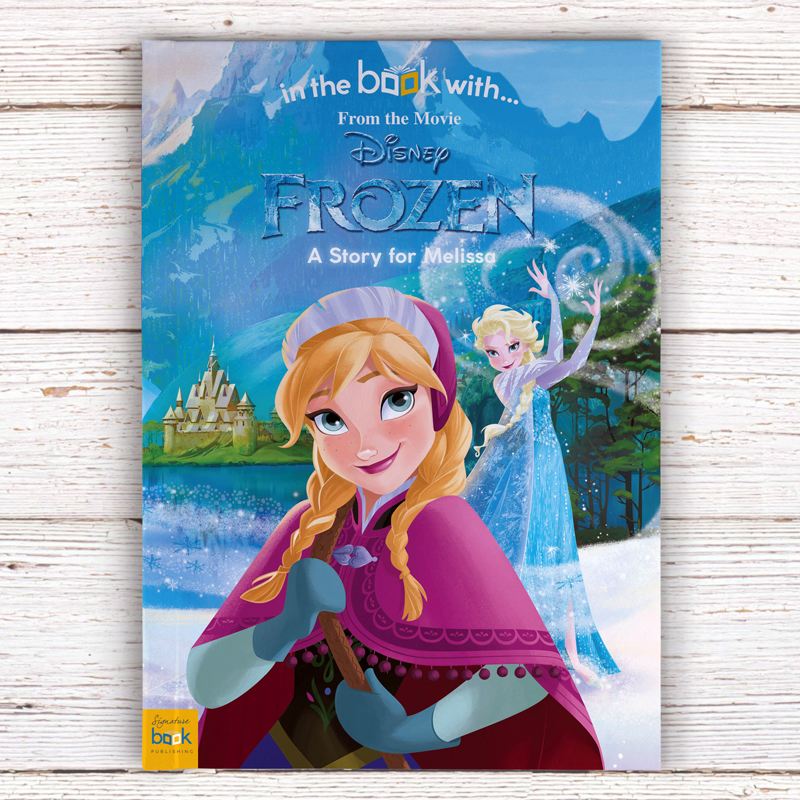 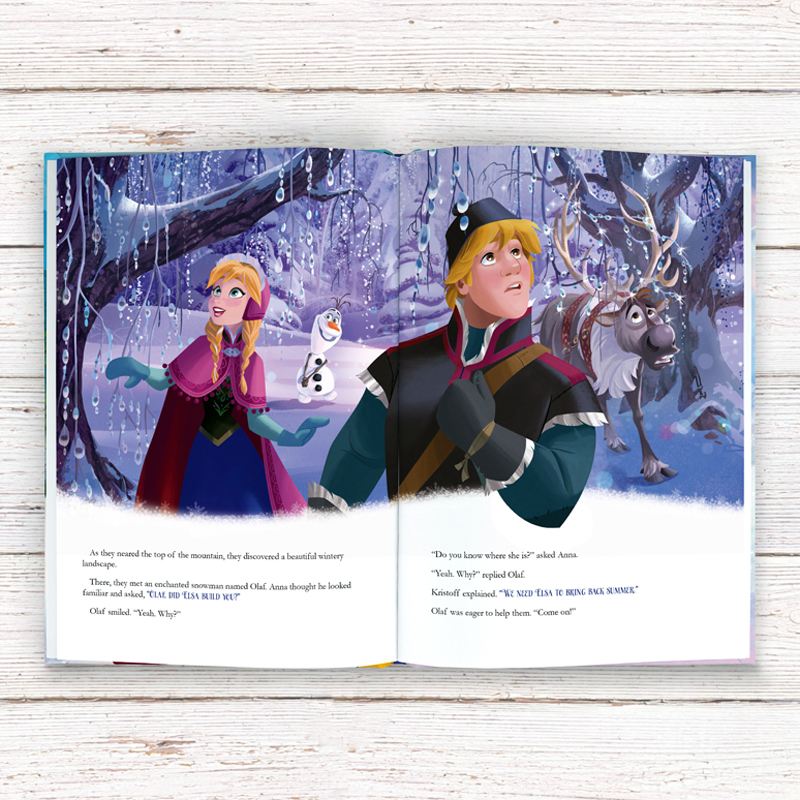 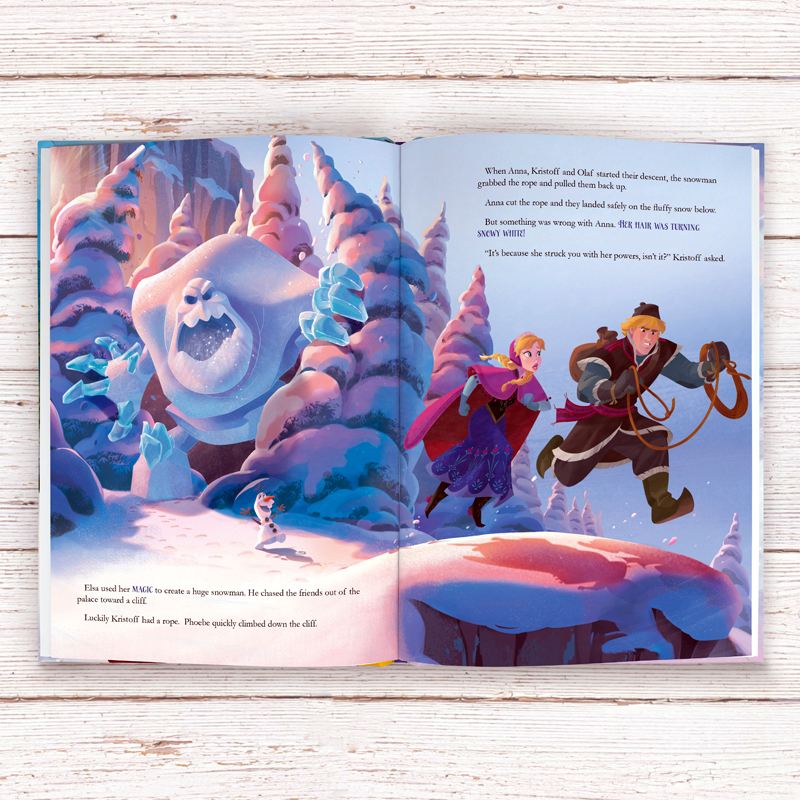 Frozen was released in 2013, and took the world by storm. It is currently the highest grossing animated film of all time, and some film critics have labelled it the best Disney animated film since the renaissance era of the 1990s.

This book faithfully retells the story of Elsa, who inadvertently traps her Kingdom of Arendelle in an eternal icy winter. Elsa will need the help of her sister Anna and friends, including the magically created snowman Olaf, if they are to restore the kingdom and remove the evil Duke of Weselton and Prince Hans from power.

The book will contain the recipients name throughout the text, and can contain their name and a personalised message on the first page.